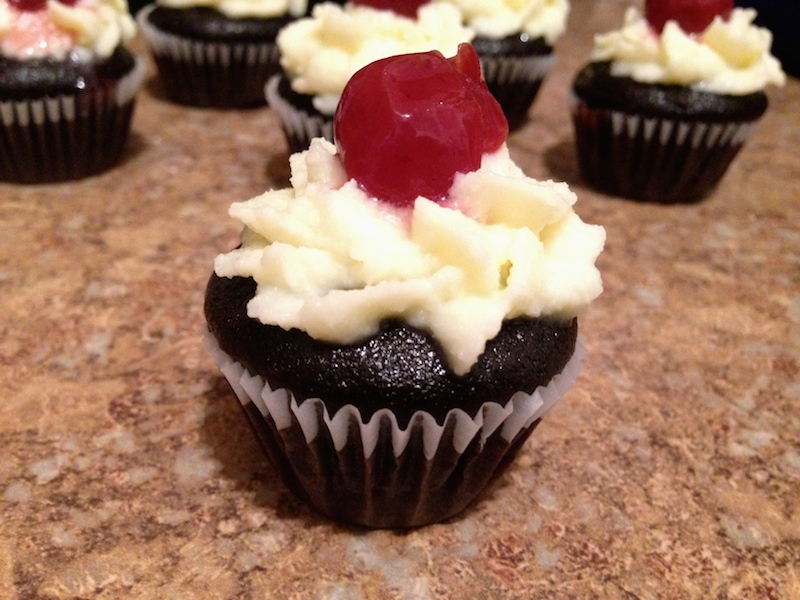 It’s been some time since I’ve baked. Mostly because I haven’t had a proper occasion. My family trips to NJ over the past few month have meant borrowing my mom’s kitchen to whip up some treats or simply providing the libations. Have you ever tried to carry a cake or pie on the subway, a short walk and two trains? Trust me, it’s not a fun experience. The responsibility of making sure the dessert stays perfectly straight with little bumps or bruises is stressful enough, but add a hot humid day and some whipped topping and it’s a recipe for disaster. Nobody wants to eat a puddled dessert soup. Unless of course it was originally planned that way.

A few weeks back when I made mini tiramisu cups, I bought mascarpone with intentions of bringing the supplies to my mother’s to cook. I can’t remember the exact circumstances but I ended up leaving my ingredients in Brooklyn and buying new ingredients in Jersey, leaving me with two tubs of mascarpone, an ingredient that I’ve purchased very sparingly in my life. Luckily the cream has a long refrigerator life if unopened. As the expiration date pushed closer I knew I had to make something. I canned some bourbon cherries the other week, realizing I still had half a pint left over from last season that we needed to consume. …how those cherries lasted a few year is still a mystery.

Stuffed cupcakes are fun but it’s always hard to make sure the ratio is right. Usually you end up with a glorious cupcake and only half a bit of surprise filling inside. Cutting out too much of the cupcake to replace with filling is often structurally risky, then I considered mini cupcakes. With just a tablespoon or so of batter to each cupcake, adding a plump boozy cherry seemed perfect.

Topped with sweet creamy icing and another cherry on top, these mini black forest bites are not only irritable but guilt free. Eat two or even three and you’re still consuming far less than you would compared to a standard cupcake. And the best part? These mini babies easily fit into standard sized tupperware containers relieving the normal transportation headache. With two dozen sweet bites, my husband and I kept a dozen for ourselves and the rest were donated to my hungry coworkers.

In the bowl of standing mixer, combine cocoa, water, melted butter and buttermilk until it forms a kind of paste. Beat in egg and egg white until combined. Gradually stir in flour mixture until smooth, being sure not to over mix.

Transfer batter to prepared tins, filling each cup about 2/3 full. Push one bourbon cherry into the center of each cup. Bake 12-15 minutes or until a toothpick inserted into the center of a cupcake comes out clean. Transfer cupcakes to a wire rack to cool completely.

Once cupcakes are cooled, make the icing. In a large bowl, blend together mascarpone and powdered sugar until smooth. In a separate bowl, whip heavy cream until it forms stiff peaks. Fold whipped cream into mascarpone and blend well. Ice cupcakes and top each with a bourbon cherry. Enjoy immediately or  store in refrigerator until serving so the icing doesn’t melt.