It’s practically impossible to avoid the ramp conversation. They’re everywhere. Literally. Once a little known foraged plant, ramps have taken America by storm, appearing on nearly every menu, in overabundance. The tragedy of the situation is ramps still are wild, foraged plants. They have yet to be cultivated for farming and with improper harvest, their growth can be threatened. While I crave them like crazy during the early spring months, I’ve avoided them at restaurants and stores unless I’m certain that they have been sustainably harvested. Which pretty much leaves me with a few select restaurants or waking up at the crack of dawn to get my hands on some at the greenmarkets before the masses descend. So for the few times I can get my hands on them, they need to be part of a very special meal.

For those of you not as  familiar with ramps, they’re small, young wild leeks. As it seems with most young plants, they have a milder taste than regular leeks and can be substituted for garlic, scallions or regular leeks in a lot of recipes. I especially love them sautéed in eggs or over pasta like in this recipe.

My excitement over acquiring the ramps and need to make the dish extra special completely blurred my cooking instincts. On top of the world, I quickly settled on homemade gnocchi, completely forgetting how labor intensive the dish was. Dinner at 7pm quickly became dinner at 10pm but all worth the effort. I highly suggest doubling the batch and freezing half for another meal. Luckily, just as challenging as the gnocchi was, the sauce was just the opposite. If you’re willing to settle for store-bought gnocchi or pasta, you’ll have dinner on the table in less than 2 minutes.

Heat oil over high heat in a large saute pan. Add ramps and a large pinch of salt and cook briefly until they turn bright green and begin to wilt. Pour cream over ramps and let it sizzle. Immediately reduce heat and let ramps simmer in cream for 10 minutes to let absorb flavor.

Stir in chopped tomatoes and continue cooking until mixture is heated through. 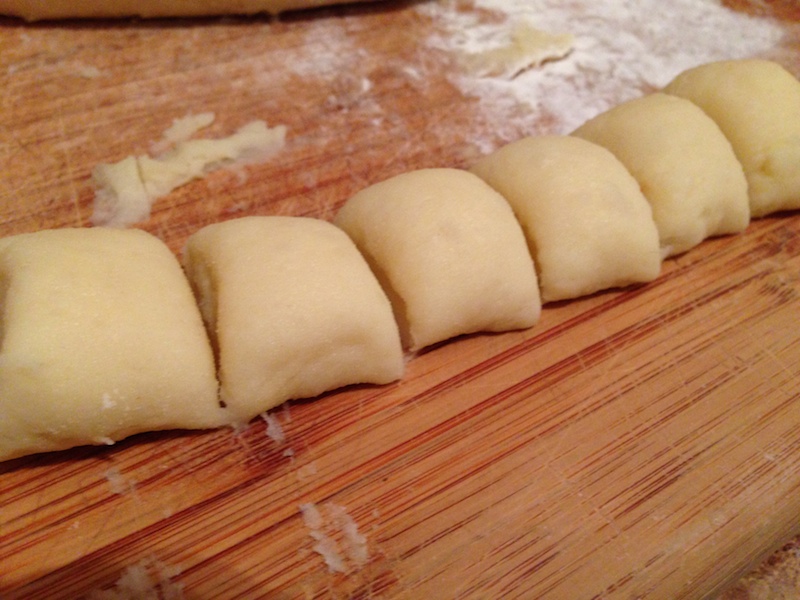 9 thoughts on “For the Love of Ramps”