Another year and lots of food. The past year of blogging has been very different from the year before, mostly in quantity. As most of you have probably noticed, frequency has tapered off a bit. For a while I was doing a lot of writing that was not here on Brooklyn Locavore. Some for Restaurant Girl and a bit of editing and writing for Just Food. Then I started a new full-time position in December. Work life has been crazy, good crazy, but forced me to scale back a little. I’ve continued with Just Food, took a break from Restaurant Girl but ideally would love to be posting here twice a week. I still cook almost as much and am at the point that I probably have more  recipes and ideas to share than I’ll ever be able to write.

END_OF_DOCUMENT_TOKEN_TO_BE_REPLACED 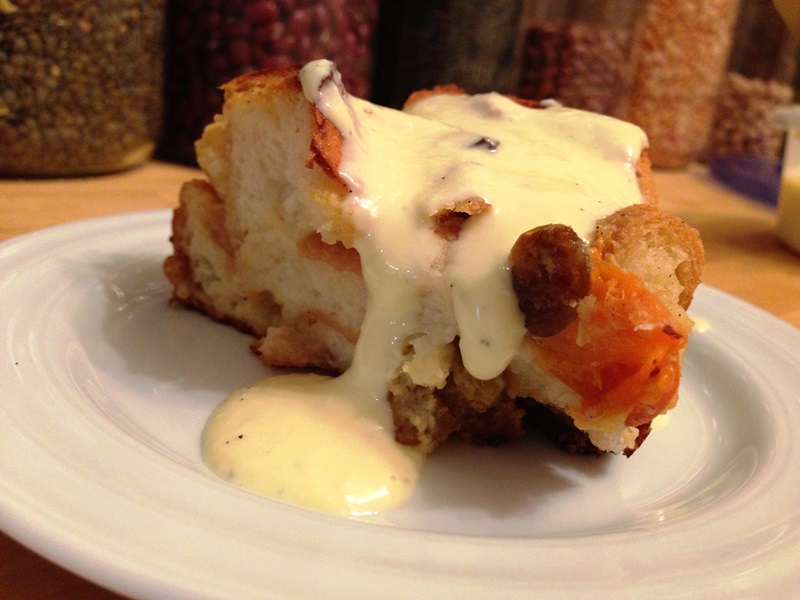 Bread pudding has always been a favorite of mine. Petit Oven makes the most amazing bread pudding I’ve ever tasted. Warm and spongy, swimming in a pool of salted caramel sauce. I sometimes joke, just give me a bowl of caramel! Their dessert menu is small, usually the bread pudding and one other item, though with to items of near perfection, what else would you want. I always consider bread pudding as an option to bring to family meals, but it’s not really an option. On one side, I have bread pudding haters (I know, I don’t really understand either), and on the other side I have gluten-free eaters. Considering I’ve never made one regular bread pudding, I was not about to start with a gluten-free version. And considering a recipe requires a full loaf of Italian bread, it’s not something my husband and I alone should eat. So it’s true. I’ve never had the opportunity to make a bread pudding. Until a few weekends ago.

END_OF_DOCUMENT_TOKEN_TO_BE_REPLACED

When I was a kid, my grandmother would make crepes, or naleśniki, all the time. Blueberry was the favorite, but always filled with some sort of fruit and sweet cheese. As a child, I saw it as magic. I would head over and dozens of thin pancakes would be stacked, one on top of another, waiting to be picked up, filled and eaten. How did she ever get them so thin? I could easily eat 4, 5, 6 in a sitting. If I was staying for the weekend, the stack might just last the whole time. Things got harder when my brother came along and I realized I needed to share.

As I grew up, went to college and moved away, crepes became more of a special treat rather than a weekly fixture. I was living in Philly and might head home once every month or so. It’s not that the trip was far, just under two hours when I was really lucky, it’s just that there was too much going on. Life took over. When my friend and I moved into our tiny row house in Philly it somehow dawned on me to try my hand at crepes. I’ve never been very good at being Polish, other than the fact that cooking for two means feeding an army, so I didn’t pursue a traditional naleśniki recipe. Instead, I found a simple crepe recipe and practiced. At first my crepes weren’t much thinner than regular flapjacks, but over time, my skill improved. I would make crepes every few weeks, usually for breakfast, filled with whatever fresh fruit was on hand. I don’t think they ever became as thin as my grandmother’s but for our purposes, they were fine.