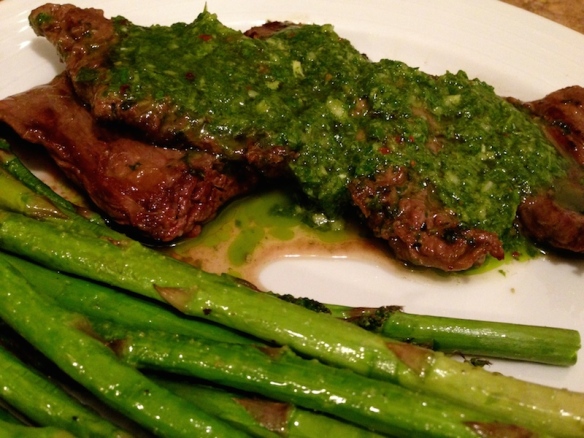 I hate cilantro. Like really, REALLY HATE the stuff. It tastes very green and grassy, but not necessarily in a good way. I can pick out even the tiniest hint of cilantro added to a dish. My guacamole would never include the stuff and I find myself picking around it when served guacamole at a restaurant. When bunches of cilantro come my way in my CSA shares, I find myself (probably visually) cringing. It’s not their fault that I hate cilantro. They didn’t know. I take the stuff, cram it in my bag only to find myself discarding the wilted bunch a week later. That is until I discovered chimichurri.

Maybe it’s the massive amounts of raw garlic or the sharp tanginess of vinegar and salt. Or maybe the vast amount of parsley thrown into the blend manages to mast the awful cilantro flavor. I can’t be sure. But I do know I can’t get enough of the stuff. In my eyes, it’s the only kind of sauce that deserves to be served on a grilled summer steak. And better still, it FREEZES! Whip up a double or triple sized batch, freeze it in 1-cup-sized plastic containers for a single effort recipe that lasts all summer long. It’s the easiest way I know of to get rid of 2 big bunches of herbs and for cilantro, the only acceptable way to enjoy it.

In a food processor puree all ingredients except olive oil until smooth. With food processor still on, add olive oil in a steady stream until fully blended. Taste sauce and season with additional salt as needed. 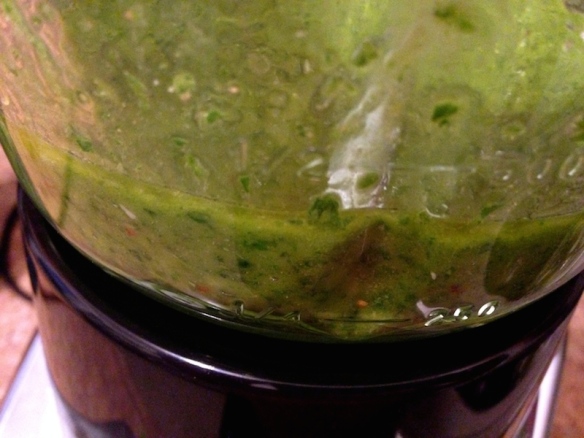 When grilling, season steak of choice (flank, skirt or flat iron work best) generously with salt and let sweat for 30 minutes. Brush steak with a little chimichurri sauce, just to keep it moist. Grill to desired doneness and serve with sauce generously spooned on top. 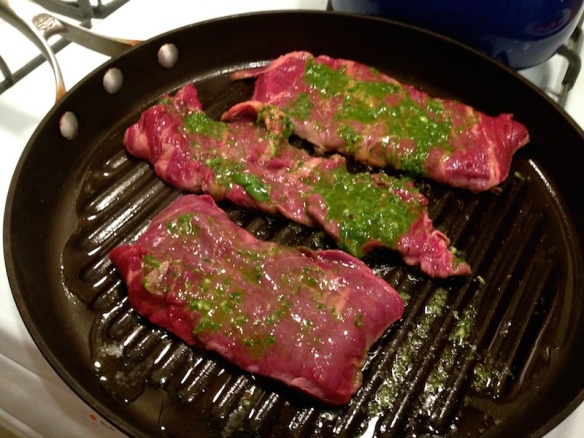