I’m not Irish, not in the littlest bit. A pure bred Polish girl is what you’re looking at. But when my mom remarried over a decade ago, she chose an Irishman, with roots from Northern Ireland, just outside Belfast. I met his family for 5 minutes when they came for the wedding in 2001. When I really met them for first time we went to Ireland in 2002 and spent barely a week with them, but they welcomed me like I had always been part of the family. Two years later when my friend and I backpacked across Europe, my stepfather’s parents welcomed us into their home and insisted on taking us to visit every tourist location and castle within a 50 mile radius. I swear his mom, then in her 70s had more spunk and energy than we did at 21. We weren’t allowed to sleep in or lounge around–there was always something to see and do. His niece, my cousin in law, took us out on the town in Belfast and introduced us to Spuds (loaded baked potatoes–the Irish solution to our late night post bar diner food). So while I have no actual Irish blood in me, I think a bit has rubbed off.

To celebrate my unofficial Irish heritage (really I’ll claim any heritage if it gives me a reason to cook), I’m going on a multi-day Irish cooking spree, with a local twist. I was inspired first by Brown Eyed Baker’s recipe for homemade Irish cream. Over the past few years we’ve actually moved away from Bailey’s Irish Cream and have switched to sipping Coole Swan. Still very Irish, the stuff is made in County Meath, Ireland but we love it because it’s cheaper and (gasp!) better. Unfortunately though, we’re fresh out. Considering Irish cream is pretty much whiskey and cream, I figured why couldn’t I make my own Brooklyn Locavore version? Armed with McKenzie whiskey from Finger Lakes Distilling, Ronnybrook heavy cream and some homemade vanilla I was ready to go.

I cut the recipe by about half because it was my first time and I wasn’t about to waste some pretty awesome whiskey in case the project was a complete failure. My husband was also a bit whiny about me stealing his whiskey that we just bought while in the Finger Lakes. I used King Arthur Flour’s espresso powder instead of instant coffee and even made my own chocolate syrup (another thing I’ll never buy again). Rather than mix it all in a blender (which I hate getting down and then cleaning for such a small project), I made my Irish cream stove top, dissolving the ingredients over very low heat.

The whiskey was a bit raw and could probably put more hair on your chest than a typical shot of Jameson’s. That coupled with the upgrade to espresso required a little more sweetener and cream. I still used a full can of sweetened condensed milk. Since there’s more dairy than Brown Eyed Baker’s recipe, I can’t guarantee it will maintain the full “up to 2 months shelf life” but really, are you actually going to be able keep it around that long? 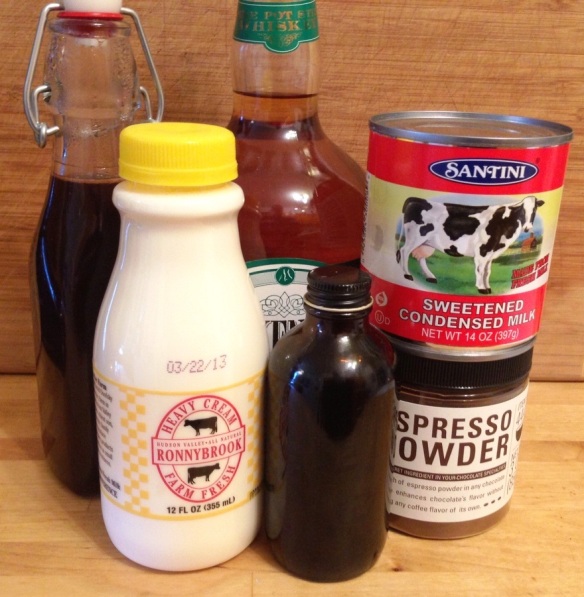 In a small saucepan, dissolve espresso powder into whiskey. 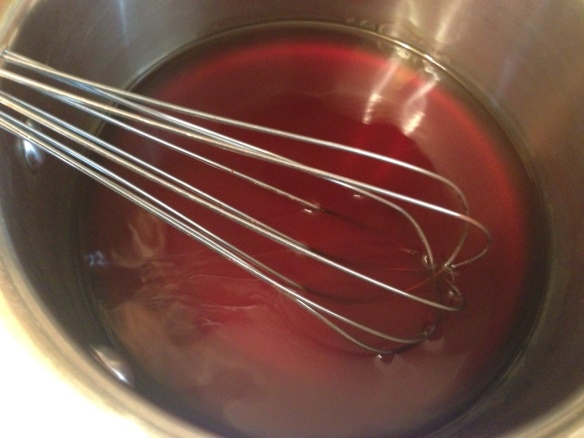 So rich and dark–makes you want to just down the espresso whiskey, doesn’t it?

Gradually add condensed milk, heavy cream and chocolate syrup, one by one, whisking continuously. Remove from heat and stir in vanilla. All to chill before serving. Store in an airtight container in the refrigerator.

8 thoughts on “Local Luck of the Irish”